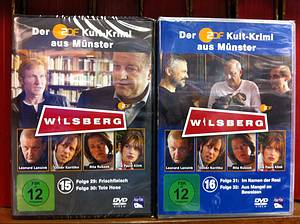 Two new Wilsberg DVDs (15 and 16) are now available in our shop or through the link below.

Twice a year our peaceful book shop becomes the thrilling film location for the crime TV series “Wilsberg” about an antiquarian book seller with a passion for solving crimes.

What began as a kind of trial balloon with a trailer in 1997 has meanwhile become one of the most popular crime series on ZDF. In an interview in the ZDF programme “Drehscheibe” I talk about the shooting and the effects on our daily business (4:30 onwards):

Mostly in May and September a sometimes 60-strong film team arrives with several trucks with technical equipment and takes over the shop for 3-8 days. The finished scenes and the complete film can be seen a few months later on a Saturday evening at 20:15 hours on ZDF. 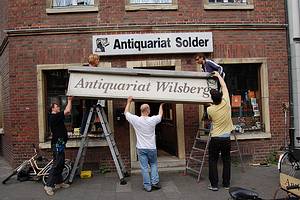 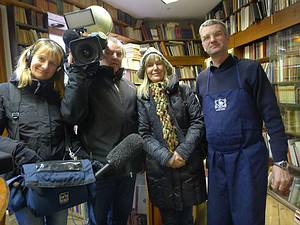 You can watch the complete TV report here (our book shop ca. 4:30 onwards):

On this page we inform you about filming and broadcasting schedules for the next Wilsberg episode. 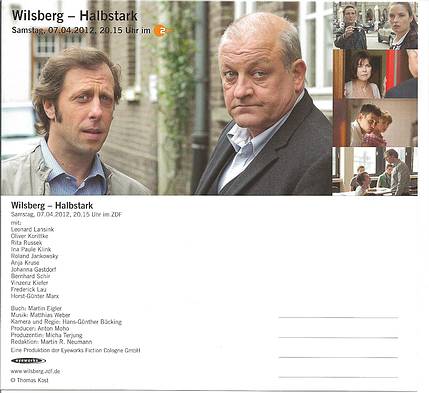 All previously released Wilsberg DVDs you can order here: 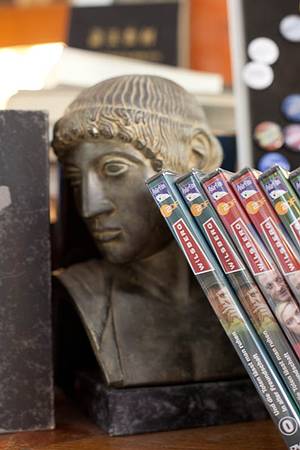